The first question you are probably asking yourself is, “What is a truther?”. It is such a graceful short Anglicism that unfortunately has no elegant equivalent in the German vocabulary. “Truthseeker” would possibly be the aptest translation, but this term does not adequately sum it up. It certainly doesn’t sound that hip. The “truther” is a person who has discovered that something is wrong with the world that surrounds him at an explicit stage of his life. What disagreement this triggers may vary radically from individual to individual. Ultimately, the “truther” senses that some fundamental truth is being held back from him.

I personally do not prefer to put people into socio-cultural pigeonholes. If it were nevertheless up to me to sort myself into a filing cabinet, then I would file myself away as a “truther.” At some point, I also had to realize that the world is not as it generally seems. Therefore, I began to search intensively for the truth. I would like to report about this process here because once you have seriously embarked on the journey of discovery, it can become incredibly entertaining. It is my desire to inspire you to initiate your own process. If you consider yourself a “truther,” then this book aims to set an example for you and could thus serve as a kind of guide.

If you are looking for concrete evidence in my autobiography or even expect an ultimate solution to the great riddle, then I have to disappoint you right away. No book will ever be able to do that. All I have to offer here is an excerpt of my personal truth. No more and no less. What this means and what you are getting into, I would like to clarify fundamentally here in the preface.

So what you now hold in your hands is, in the best, a science fiction novel with authentic backgrounds. Even if I would like to assure you, dear reader, that this book was written with the claim of an autobiography, this would not correspond to the whole truth. For one thing, I must admit that I have made many minor dramaturgical modifications. For example, I have modified most of the names and simplified all too complex facts. Still, the novel is based on my own subjective perception of reality. Already there is the catch! Ergo: The book describes only my individual truth.

One may assert confidently, I represent here only personal opinions. However, these views of me are no static constructs because they are subject to the permanent process of self-knowledge. Probably in a few years, I will consider some theses in this book as naive or incomplete. It would be an extreme pity for me if this would not be so – it would mean in return that my spiritual evolution would have experienced a standstill. Consequently, everything you read here is only a temporarily valid perspective on the phenomenon of life as I have understood it momentarily for me.

The modern psychology of perception is hugely obliging to me in this respect argumentatively. It helps me put this statement into a scientific context because it does not recognize an objective reality. A universally valid truth simply no longer exists in our modern paradigm. Did you already know that?

Objective reality may perhaps exist but is unreachable. Hence, the human mind is simply too limited to comprehend the full spectrum of our existence in a holistic and all-encompassing manner. There is only one truth, but unfortunately, we humans all have only slimmed-down versions of it.

Let me give you some analogies of what singularity is all about. Materialists, of all people, experience such a unity every day – since they structurally assume that any form of inspiration arises only in their physical brain. When they remember their last dream in the morning, they inevitably have to admit that all protagonists and objects of their nocturnal odyssey were their own creations. At least their subconscious – their higher self – created all the scenes. From the weather conditions to the forces of gravity, the dreamer made all details himself.

Even in a complex computer simulation, everything is part of the simulation. No matter how differentiated the forms and experiences are within this virtual reality, it arises from a singularity. Basically, even the modern big bang theory explains that creation unfolded from a tiny point of unity. What if I claimed that you are in some kind of computer simulation that you created yourself at this very moment? Or how does it feel if I tell you that you are instantly experiencing a sort of dream from which you cannot quickly wake up? That sounds radical, doesn’t it? You, me, and this book would then indeed be one thing – a singularity.

I would like to introduce you pragmatically to the view of the “unity of all being” with this book. How seriously can one take that thesis, and what are the implications of such a reality? These are the questions I would like to address here. I even speculate that I can animate you to think your way into such a philosophical scenario. At least contemplation should temporarily help you to better understand specific stories in my biography. I only hope you do not find the idea that there might be a spiritual organizing principle behind matter fundamentally unrealistic. If you do, I ask you to invest a little “provisional faith” and to temporarily put aside your own judgments concerning this.

Just look at yourself in the mirror! You are the harmonious interaction of billions of cells that obey a collective spirit. How many coincidences came together that everything functions so perfectly together? Yet even a single-celled organism is a million times more complicated than a Swiss automatic watch.

Now imagine in your mind’s eye a shoebox containing all the “elementary particles” of such a watch. I would like to indicate that I speak here of the gear wheels, cogs, and spring plates. What do you think how many billions of years you would have to shake now until the clock assembles by itself? Could there be a higher plan or an intelligent design behind it, which helped the “coincidence” there? Doesn’t it sound logical that there is a superior principle in the universe without having religious reflexes?

Basically, it doesn’t matter what I want to get at or what I am convinced of. It is absolutely up to you! You possess something decisive on the long journey back to the unity of all beings. You have free will!

With your free will, you can decide now whether you put this book away again. Ideally, I catch you just in time in the bookstore. Perhaps you are also a publisher and must decide whether this work fits into your portfolio. In any case, you should now have an idea of where you stand.

If you’ve already bought the book and you’ve just realized that you’re not really comfortable with this philosophical depth and would prefer to read something with sex, drugs, or romance, then give it away quickly. I’m sure you know a philosopher in disguise in your sphere of influence.

To which I may say that this novel is also about drugs and romance. I’ll even throw in a good dose of sex. That sells quite confidently, as we all know. How does that sound to you? I take the liberty of inviting you to accompany me through significant stages of my life. This should be highly entertaining to you. Since 2001, I have increasingly been able to break away from the well-trodden paths of social conformity, and I have crossed the fringes of reality interpretation. I mutated into a Truther and conspiracy theorist.

Nevertheless, I would like to warn you! I must alert you emphatically that the madness, which resonates in this Machwerk, has a method and can be contagious. From long empirical experience, I have understood that people who have been continuously exposed to my presence have at some point shown signs of rub-off. This brings with it a considerable dynamic. Your perception of reality could also change acutely, and that should not be underestimated.

Experiencing a new perspective on everyday life sometimes means being disappointed. This is not always pleasant. You are confronted with your very own fears, and not everyone values that. If you prefer the status quo practically, then just put that darn book away now. Final warning!

Are you still reading? Well, don’t worry – if it does get too wild, you can always tell yourself that it’s just a fictional novel. You may also consider the book simply as a case study of a twisted conspiracy theorist.

According to the motto: “I’ve always wanted to know what makes those crazy people in the upper mind tick.” In the process, you get to be deliciously entertained and show how advice-resistant and firmly entrenched in your own worldview you are. On the other hand, I offer to be as honest as possible – even about my weaknesses and mistakes.

In the ideal case, I will open doors for you. Take what you can integrate into your reality and declare the rest as entertainment. In the best case, you learn how to surf time waves properly. The choice is in your hands. Have fun! 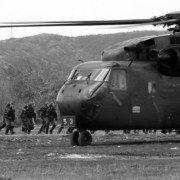 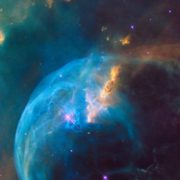 I: Timeline shift due to end of a relationship 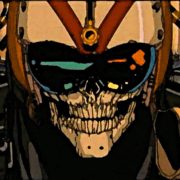 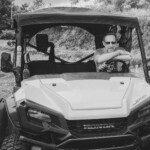 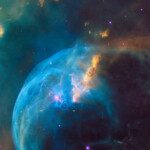 I: Timeline shift due to end of a relationship
Scroll to top