I have been in the US for more than a week now. At first, it felt pretty awkward. I traveled all alone. Jens could not cross the border because of a contaminated “weed grinder.” Still, everything worked out fine. Our vehicle, which I named “Frederique” (the girl’s name with a long “e”), was doing her job flawlessly. Sometimes she is a bit shaky, like an old vessel on rough seas, but that underlines her coziness. It would be best if you had the patience to ride along with her.

The slow drive crossing the Okanogan–Wenatchee National Forest wasn’t tricky. This road led me through a beautiful valley with Bavarian villages and steep climbs. It was an American version of a Bavarian town. I felt like I was back in Germany for a while. Well, not really! At least I got the gist of what they tried to imitate.

The situation dramatically changed when I arrived on the other side of the mountains. The energy shifted. For the first time, I was out of my vacation-like vibration. The vegetation got boring. The general pace got faster. Now I had to drive on highways where I constantly got passed by huge trucks. That never happened to me back in Germany.

Muddy Banks Of The Wishkah

I stayed one night in Everett, passed through Seattle, and proceeded to Aberdeen, Washington. This town was a consciously chosen waypoint on my journey through this state for a reason: Aberdeen is the birthplace of Kurt Cobain—one of the role models of my generation. What the Rolling Stones or Beatles had been for the baby boomers, the band Nirvana was to those of us who grew up in the late ’70s.

The immense impact that “grunge” music had on our generation could only be outdone by the untimely death of Nirvana‘s lead singer and guitarist, Kurt Cobain. It was devastating.

There are many theories about how and why Kurt died. I don’t want to go into that, but the official story has some controversies and inconsistencies. Anyhow, he is dead! Allegedly a suicide. Many news stories about his death and many unfortunate young people imitated his tragic demise. He was one of those personas you could call anti-heroes that shaped my generation. Anyhow, even today, I like to listen to his songs! Back in the 90s, Nirvana and other grunge bands like Pearl Jam influenced my music taste. So I had to go to Aberdeen.

Gosh – what a depressing environment! Maybe it had to do with the cloudy weather I suddenly got confronted with, but I strongly sensed this new quality – a shift in vibration.

I drove Frederique directly to the Kurt Cobain monument on the muddy banks of the Wishkah. It is a sculpture of a big guitar. Frederique didn’t like the narrow street I had to go down, scattered with old rust buckets. I guess my depressive mood peaked around this point.

Next to the sculpture is a bridge where homeless people had put up their improvised shelters. There are many of them, and all those failed characters were roaming the city. Just imagine a zombie apocalypse. Don’t worry – they don’t bite. Most of them don’t even ask you for some change because they are too busy mumbling to themselves. It is dreadful. I have to admit that this shocked me. It might be worse in other places, but I personally never saw this kind of devastation caused by drug abuse. If I had to endure this vibe any longer, I feared I might end up with a crack pipe myself. I left the next day.

Crossing the border to Oregon and following the 101 southbound, I felt a substantial energy shift. It all got quite fancy from this point. Vegetation and nature became much more exciting and beautiful.

I had been to a small National Park not far from Aberdeen, swimming in a pristine lake. So I don’t want to assert that it is hard to find excellent sites in this area of Washington. Still, Oregon resonated much more with me. I had been here before – about two years ago. Therefore I had this warm feeling of returning to a place I associate with positive memories. I feel this way has to do with a couple of old friends I have in Oregon. To be precise, I haven’t known them for so long. It is just that they could easily be my parents. That is why I use the attribute “old.”

Nevertheless, they are pretty young in their minds (aside from random moods of stubbornness). I will tell you in another entry about those fellows. They are quite intriguing in their uniqueness.

Instead of telling you about my friends here, I would like to report on something I observed with “Frederique.” I believe she has a form of consciousness! That might sound strange, of course.

It feels that our mind is a powerful asset, capable of giving consciousness even to mere physical systems. That is how I see it in my reality.

Since traveling by myself, I have developed a relationship with our vehicle. I talk to “Frederique” many times a day. Before we start our next trip, I empower her with a severe designation in the morning. Addressing her with humble respect, I express my gratitude for her effort to safely move my ass to the next destination, sheltering me and enduring the stress of being passed by gigantic trucks. Like every conscious being, she is amenable to the most potent force in the universe: Love!

Many people do that instinctively with all kinds of objects. Most folks who give their possessions names and treat them as conscious beings would hardly admit they mean it seriously. I suspect their inner wisdom knows better about their hidden abilities.

This assumption – that we can project a form of consciousness into physical objects – makes absolute sense from the perspective that our whole reality, which we call daily life, is a mental projection – a manifestation of thought patterns. All external sensations are created by consciousness, created by one universal consciousness that works through all that is. It is the source of Oneness.

Unfortunately, Jens could not cross the border to Washington State in the USA because he offended some minor law. A tiny device called a “weed grinder” was the reason. From this point on, photography became a secondary obligation. I was all on my own to bring the camper down to Mexico. That’s why most of the photos I shot were taken quickly and dirty through the front window of the trailer.

I hurried through Washington to be as fast as possible with my friends in Oregon. Only on a few occasions did I manage to concentrate on what I was pointing the camera at entirely. I wanted to take some photos of Aberdeen on my way down to Oregon way, but it wasn’t delightful.

Please go back to the Road Trip Blog for more photos. 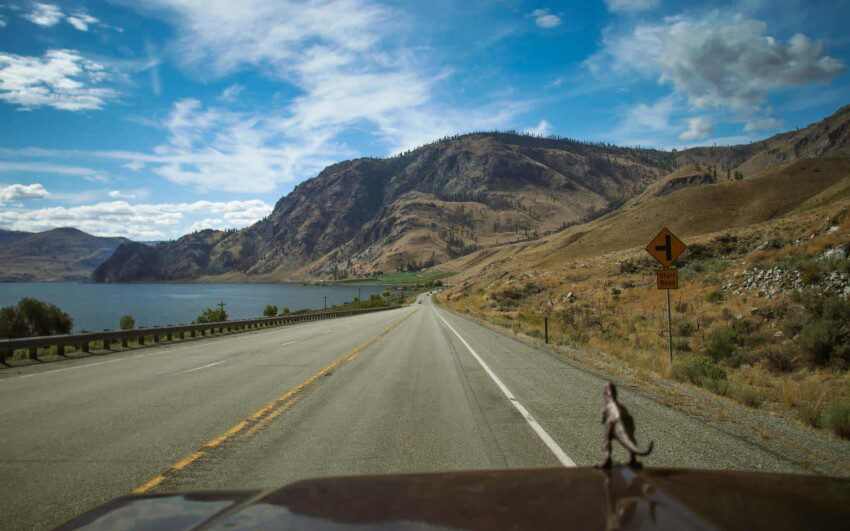 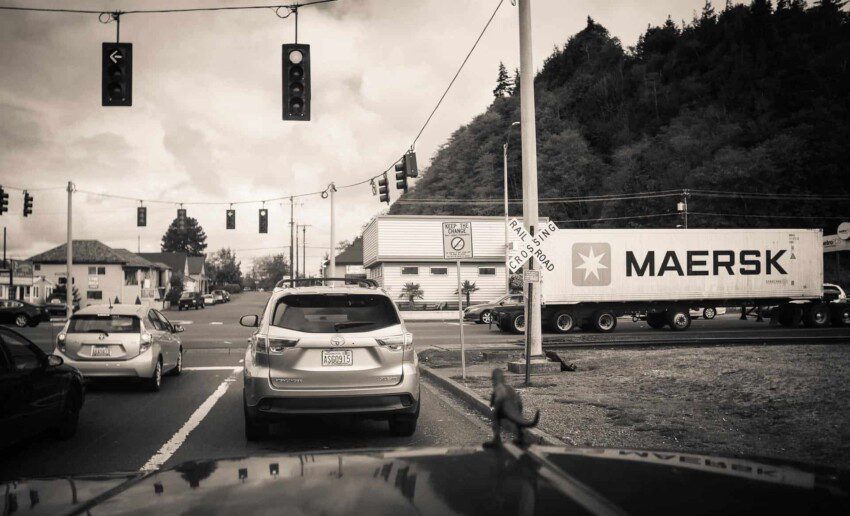 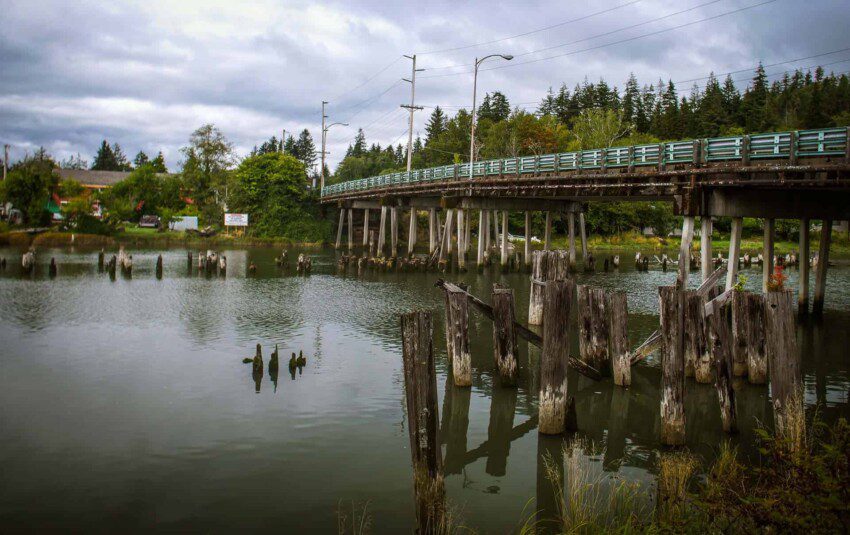 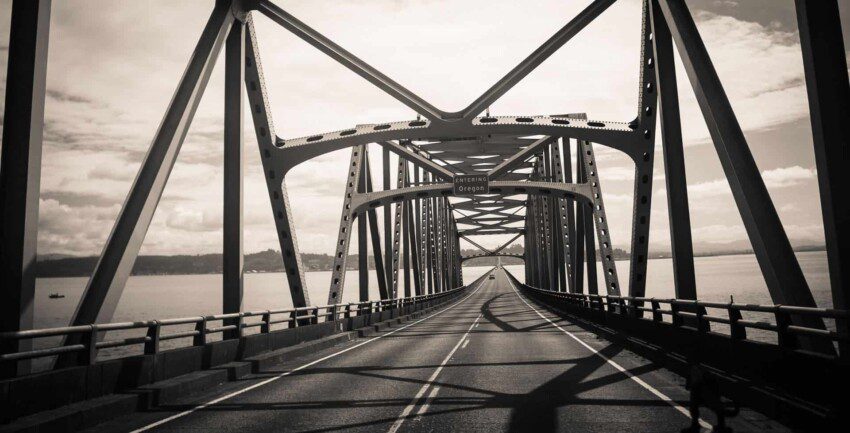 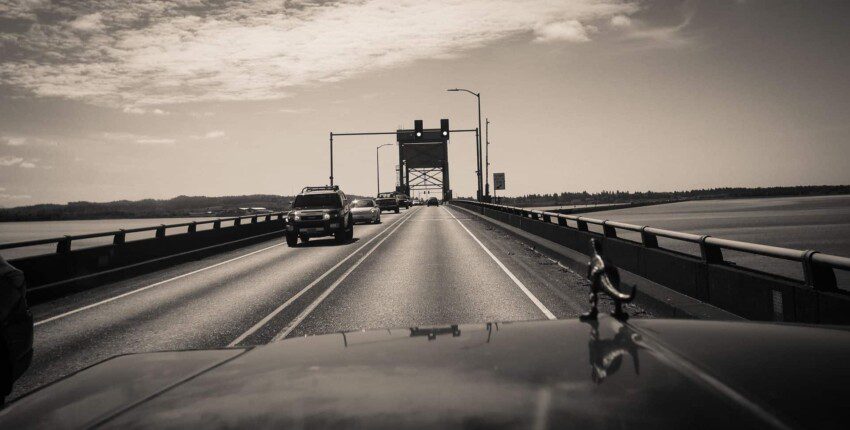 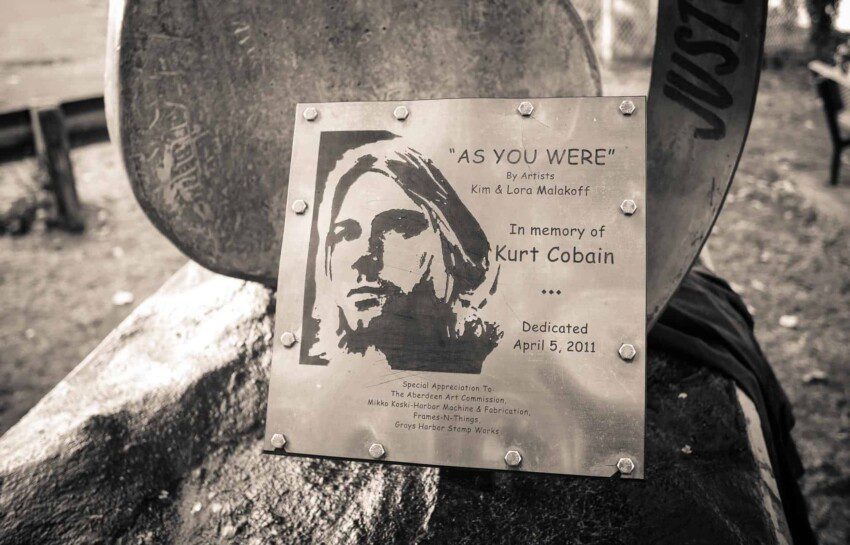 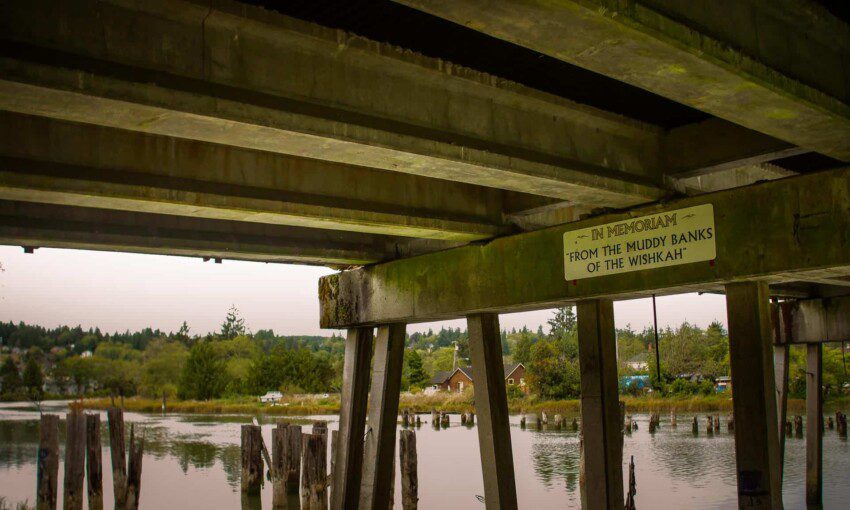